Psilocybe cubensis, also known as magic mushrooms or shrooms, is a group of mushroom species that has long been used in many tribes and cultures from all over the world for divinatory and spiritual rituals and that has been long and extensively researched and studied as well. The psychotropic qualities of these extraordinary mushrooms of great scientific interest have led to the development and introduction of legal regulations pertaining to various aspects related to Psilocybe cubensis– here are some important pieces of legal information and some perspectives to know about.

The legal status of Psilocybe cubensis mushrooms varies from country to country and from US state to US state, and the applicable laws show considerable differences over time as well. While in all US states it is considered to be illegal to possess, to take, to grow, to transport and to sell these mushrooms, the spores of the mushroom are typically subject to different regulations. The reason for the distinction is to be found in the presence of the psychotropic compounds (substances psilocybin, psilocin, baeocystin and norbaeocystin) in the various parts of the mushrooms.

The compound can be found in most parts of Psilocybe cubensis mushrooms, except the reproductive parts of the mushroom, the fine powder found underneath the cap, in the brown, gilled part called the spores. In other words, having, consuming, growing or selling the mushrooms is illegal in most states, but as the spores do not contain any illegal substance, they are not considered to be illegal. If the applicable laws were not complicated enough, you must also know that there are three states in the US where the spores are also considered to be illegal: the law in California, Georgia and Idaho exerts tighter control over what happens to any part of a Psilocybe cubensis mushroom and bans all related activities, including the possession, transportation, cultivation, usage and selling of the spores as well. 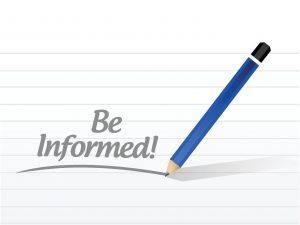 The Outlook – Possible Changes in the Future

According to a company that sells psilocybin mushroom spores, while it is not possible to tell whether the currently applicable laws will change any time soon, scientific research into the medicinal properties and uses of Psilocybe cubensis mushrooms has intensified in recent years and the experiments have many promising outcomes. As a result, many states have started decriminalizing Psilocybe cubensis. This means that the mushrooms are still considered to be illegal, but law enforcement units aren’t likely to take any action against those who are found to possess Psilocybe cubensis in small quantities. If scientific research progresses and the medicinal value of Psilocybe cubensis mushrooms is proven, the process of decriminalizing and legalizing these mushrooms might also continue. If that happens, the status of the mushrooms might be possibly moving in the same direction as marijuana did, the parts containing the active compound being made available in various forms and prescribed for the treatment of certain conditions, such as depression. In New Mexico, the process has already accelerated, the state having ruled that growing Psilocybe cubensis does not qualify as manufacturing a controlled substance.

What Can a Tax Accountant Do for My Small Business? →